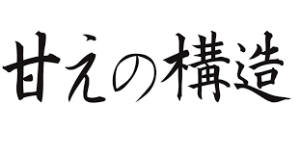 “Amae” means dependency in English. Japanese people often associate “amae” with negativity. Children are dependent on their parents and they need the care and support from their parents. That type of “amae” is acceptable, but it is considered immature for adult to expect others to look after them or to seek support. Japanese people have a tendency to be very self-critical of their “amae gokoro” (feelings of dependency) It is a well-known fact that the suicide rate is high in Japan. It is said that over 30,000 people commit suicide per year, and when I lived in Tokyo for 6 months, the trains that I was on stopped at least 5 times because passengers were on the rail track for some reasons. I cannot say for sure that these passengers were suicidal, but jumping in front of the train has been one of the suicidal methods used in Japan. I strongly feel that this criticism and negativity associated with “amae” is one of the leading causes of suicide in Japan. Life can be stressful at times, and having a good social system and seeking help are essential to overcome difficulties that occur in our lives. But if seeking for comfort and care from others is considered “amae”, suicidal people would be pushed to the corner. People’s attitude toward psychiatry is changing gradually but seeking professional counseling to deal with depression and difficult situations is still controversial in Japan. Life is tough. You are “amaeteiru” (dependent) that’s why you are depressed. I actually heard some people say to depressed people. That’s probably the last thing they want to hear. lol

But on the other hand, it is good to be able to reflect on our shortcomings and mistakes once in a while to improve our lives. So this concept of amae is not entirely bad. You are learning how to be responsible for yourself, and not to depend on or expect others to take care of you. But moderation is the key to keeping stress level low, and that’s something I’ve learned from my past experiences. 🙂 It’s ok to depend on others if you need some comfort and support. But we should try our best to provide that comfort for ourselves. But it’s alright to want emotional support and actual help from others. 😉