One thing I miss about Japan is the fact that the country is overloaded with cuteness. “Kawaii” is the Japanese word for cuteness and if you have visited Japan once, you probably know how Japanese people are obsessed with cuteness. It’s all about “Kawaii”.

Japanese department stores, malls and grocery stores are full of “kawaii” products. Cute products range from household items to stuffed animals, cute carpet, teddy bear towel and personally I LOVE Japanese candies. They are usually individually wrapped and packaged with cute bags. They often have really cute characters that represent the manufacture (i.e. Peko chan).  Rilakkuma (basically relaxed kuma) is a very popular Japanese equivalent of Hello Kitty. Not only children but adults like myself love Rilakkuma and I do collect the products. ^_^ 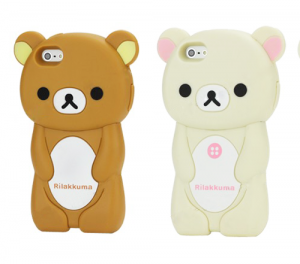 Hello Kitty is known as Kitty-chan in Japan and Kitty is the most successful global brand that sells cuteness. Of course a Japanese woman artist created Hello Kitty. Now cuteness is accepted by other countries and here in America, girls and young women love hello kitty products. Probably even more than I like..so Kitty chan is very famous all over the world. And they do have “Kitty Land” in Japan. It is basically an amusement park so you should check it out if you love kitty chan.

I’ve lived in America for over 10 years and some of my American friends say that Japan’s cuteness is a little too overwhelming for them. But what’s so wrong with that? I love everything “kawaii” so I get excited every time I go to local Japanese stores. In America, people don’t seem to care too much about the package design in general. I actually found more cute products when I was visiting Germany. But Japan still tops the other countries when it comes to “Kawaii.” and that is why a lot of foreigners say they love going to Japan for shopping!

..And this gets a little tricky because Japan’s cuteness isn’t just about products. Even Japanese police station has a statue of cute mascot that is supposedly representing the police and ANA (Airline in Japan) had one plane painted with Pokemon! Pokemon is an animation character which became super popular in America! 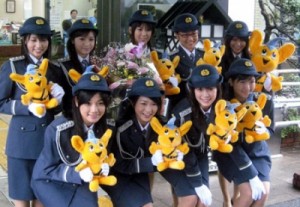 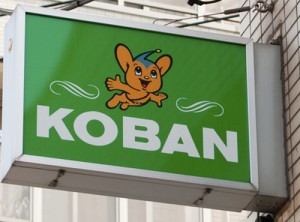 …And it doesn’t stop there. Because Japanese people are obsessed with being “kawaii”. Japanese young girls try to maintain their flawless skin, wears an eye makeup that makes their eyes look bigger and rounded. Some of them are into Harajyuku style and they want to look like doll. This trend became popular even in some European countries so I have seen European girls with Harajyuku style Lorita dress. One word to describe these girls…“Kawaii...” no question about it. 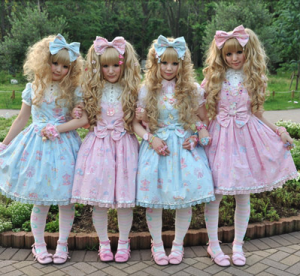 Japanese girls are skinny and with their cute face and they look almost like  prepubescent innocent girls. They are fascinated with youth forever and stay “kawaii” forever. A famous Japanese model “Ebihara Yuri” even admitted that she was trying to look cute because she is a model and if anybody thinks she isn’t cute, she wants to talk to the person and she wants to work on becoming cute. hum..She is super Kawaii and beautiful, I think. Ebi chan (her nickname), you don’t need to do anything to look any more special because you already are special. 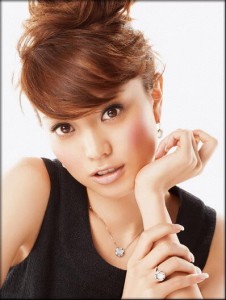 Japanese men also have to accommodate their girlfriends trying to be “cute” all the time and of course these men want to be cool and remember? “Cute is COOL” in Japan! Japanese men are usually slim, have famous hair with different colors and designs, nice designer clothing. Most of Japanese men are indeed very cute. 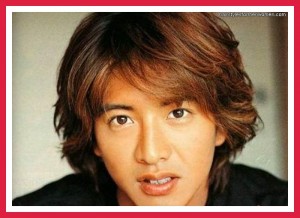 But why are Japanese people crazy about “kawaii”? For obvious reasons, I don’t think anybody hate “cuteness”. When you see small children, puppies, some animal and babies, you normally think these are cute. But Japanese context of cuteness may be a little more complex. It is said that Japan’s kawaii culture started to arise in 1980s. Japan suffered the total destruction after the world war 2 but they managed to rebuild the country to where it is today within such a short period of time and that is incredible.

Here are my personal views on this. Why are Japanese obsessed with everything cute?

1) Nobody dislikes cuteness. “Kawaii” makes people feel calm, peaceful and pleasant. People who survived the war and while working hard to rebuild the country, these cute mascot and kawaii culture were created as a reminder of Japan’s pledge to peace and harmony.

2) Japanese people are often under enormous stress whether in school or work. So in order to get through life’s challenges and stress, people need something cute to smile about.

3) Japanese culture values innocence and youth especially in women. Some women want to continue to act like a teenager when she is almost 50..Miwa Yoshida is definitely one of Japan’s Kawaii representative. Her laugh is contagious and her songs are all about heartbreak and sometimes it’s almost as if she is singing about typical heartbreak experienced by late teens – 20s..She dresses and talks like a pre pubescent girl..but I love Miwa Yoshida and I hope that I can age as graciously as her. Yes..she is SUPER cute. I can put this face next to the word “kawaii” in Japanese-English dictionary! 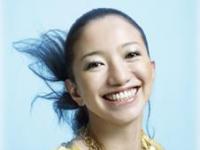 I am sure that if we interview psychoanalyst or sociology, they can give me more in-depth assessment and analysis as to why Japanese culture is all about cuteness and why people love everything kawaii? But these are my takes