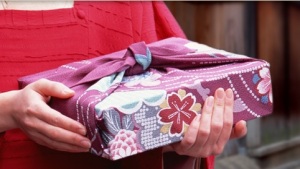 In Japan, there are two gift exchange traditions. They are Ochugen and Oseibo. Ochugen happens in mid-summer while Oseibo gift exchange starts in December.

This might be another interesting tradition, which westerners might have a hard time understanding because it is different from Christmas gift exchange in America. I have never lived outside of Japan or the United States so I can’t really speak of Christmas exchange traditions in other societies. But in America, people typically celebrate Christmas by exchanging cards and gifts. Malls get very crowded with people trying to do last-minute shopping before Christmas. People exchange gifts with their family, close friends and colleagues.   It is not even a religious celebration anymore. Christmas is largely industrialized in America today.

In Japan, these two major customs of gift exchanges are different from Christmas gift exchange due to the concept of “Giri”. I have talked a little about it in my previous posting, but “giri” is translated as “obligation” or “duty” in English. Japanese people send ochugen and oseibo to those whom they are indebted to.  They send gifts to family members and superiors who are ranked higher done you at work. It used to be common to send gifts to your physicians and teachers. But it might be more regulated legally because of the conflict of interest. Around July and December, department stores in Japan are packed with people trying to buy gifts. The common gifts chosen for these traditions are food and alcoholic beverages. They are nicely wrapped, and the stores typically can make delivery arrangements for their customers. Christmas gift exchange is somewhat informal and is done as part of holiday celebration whereas Ochugen/Oseibo seems to be more like formality rather than holiday celebration. People send gifts to their boss, clients and even to those whom they don’t really feel indebted to. But Ochugen/Oseibo is supposed to be the seasons to show appreciation to those who have helped you during the past year. In other words, you often have to send oseibo and ochugen to your superior without a true sense of gratitude. but it is rather a part of social norm. Thus giri.