I was watching Japanese entertainment shows that are equivalent to “entertainment news” “reality show” in America while I was visiting my family in Japan. 🙂

All these owarai the comedian are so funny, it is even refreshing for me to hear them say all these crazy jokes because the way Japanese comedians try to make the audiences laugh is different from America. I will get into more about that a little later.. 😎

Getting into Japanese entertainment industry is very competitive. It is just like anywhere else in the world. All these beautiful girls want to be famous and want to secure the number of contracts with TV and movies. Now more women are comedians and they are from Yoshimoto Kogyou that is the most well known agency that trains future comedians.

In Japanese entertainment industry, the most important element of potential celebrities is one’s ability to laugh the audiences and most importantly one’s strong personality character. I think Japan is a homogenous country so subconsciously people are looking for funny character, which Japanese people refer to it as “Kyara”

Hiroiki Ariyoshi: He is a “poison tongue” character: He is extremely blunt and is not afraid of speaking up his mind during the shows. often, what he says makes the audiences laugh hysterically although it is not really funny for those whose poison tongue is directed at.. 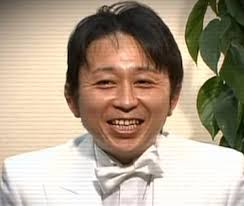 A very popular model “Rola” also falls under this criteria. She has this unique characteristics that make the audiences laugh until they get stomachache. Her Japanese is not perfect although she speaks fluently. So audiences think Rola speaks funny Japanese with funny gestures. I wonder how many of them are just for the show..if she is like that in her personal life, she may want to check in psychiatrists’ office. But now, I do like Rola. She is very cute.

Vivian Su: I don’t know if you remember this Chinese lady. She is beautiful and still comes Japan to promote some products but she does not appear Japanese TV that much anymore. But when she appeared the show in Japan, she instantly made people laugh at the hall,,.