I grew up in a small town in Japan. If you have read my old articles, you may already know this but I am so called Hafu, meaning that I am ethnically mixed. Unlike typical Hafu, my mother is South East Asian so definitely I do look like a typical Japanese woman with a light skin complexion.

Growing up Hafu was definitely very challenging especially in a small conservative town. On top of that, the junior high school that I attended was the worst public school in my town so my sisters and I were constantly afraid of these gangs. Although we look Japanese, everyone in my neighborhood knew that we were Hafu. So that was something we had to always worry about.

I don’t remember exactly when I decided to move to America but it was a gradual process in my early childhood. I was started to become more and more aware of the fact that I was different from other Japanese kids. My mother speaks funny Japanese with accents.

In fifth grade, this boy called me name because of my Hafu heritage and he wanted to make fun of me. You don’t need to be mixed to get bullied in school but Hafu is just another significant reason for bullies to target us.

But why America? There are so many countries with English as the primary language? This sounds silly but then I fell in love with Mariah Carey and her music. I was so inspired by her life story and music. Also knowing that Mariah also struggled with racial issues also motivated me to move to the west. Mariah’s late father is half black and half Venezuelan. But he does look very black. So I had always thought that Mariah was half white and half black. Racial issues are everywhere and there are racial tensions found in the U.S. too. 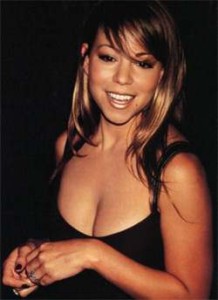 Regardless of the racism that exists in American society, the idea of living in a multicultural society was appealing because where I lived in Japan or Japan is very homogeneous.

Another reason that motivated me to move to California was my English teacher. He was sponsored by JET Program. He made me want to learn English more. He looked good to me then (not anymore!) and that made us want to master the language so we can move to America. Other girls were definitely in fantasy because I am the only one who made that dream come true..By this time, I knew that I wanted to get out of Japan and move to the west in which someone like me is more likely to be accepted.

Another stupid reason why I was so fascinated by American culture is the TV show, Beverly Hills 90210. I watched that show every week and even owned videos. When I first saw that show, I thought that’s what average American high school kids look like. They drive nice cars and they look older (well, they are indeed older) and all these dramas. I think I knew that these are not real and average high school kids don’t look that mature nor do they look that cool. At least I learned that quickly after moving to California. 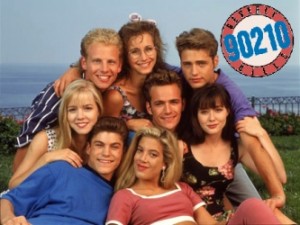 So there were various reasons that ultimately led to my determination to move to America. The number 1 factor is my Hafu heritage for sure. My sisters in Japan, they are of course Hafu also, don’t understand why I want to live in a foreign country alone..it is kind of scary and lonely. But when you live for many years, it becomes your home.