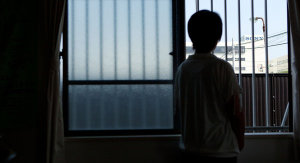 Have you ever heard of the word “Window Tribe”? (“Madogiwa Zoku in Japanese) Japanese companies prefer to hire new graduates out of college once a year. New grads start their work in April usually. Getting a permanent career job (Seishain) is very stressful because traditionally employees work for the same company for the rest of their lives. Due to the decades-long stagnant economy, more companies are hiring cheaper labor through temp agencies. These “contract” employees usually do not get any benefits and the contract can end without renewal so it is very stressful especially for those who have to support their families.

I believe that this is one of the leading causes of the highest suicide rate in Japan. So how do the Japanese firms deal with restructuring and laying off useless employees to save money?  Japanese companies traditionally practice a long-term (lifetime) employment system and since the labor market is very rigid, the employees who are hired as permanent employees usually enjoy the job security.

But since the bubble burst and the Japanese stock market crashed in 90s, Japanese companies are under pressure to cut the labor costs. So..they try to push their employees to the corner so they may quit on their own. That is the least expensive way for the company to eliminate the position. If the company lays their employee off, they may have to give him a huge severance package and even then they may be sued by the disgruntled employee.

My father has managed to move up the ladder in a huge Japanese corporation, and even though he has passed the retirement age several years ago, the company is keeping him on an annual contract basis. But my coworker’s colleague unfortunately was part of the company’s restructuring and one day, he was told that his desk was moved to the window area and he had to sit by the window. His responsibilities were lifted and given to other younger employees and he was bored as hell.

Since my dad’s company didn’t want to fire his colleague who was in his late 50s, they started to add more pressure by not giving him any work and the company was basically trying to get him to quit voluntarily. Moreover, suffering from boredom wasn’t the only thing this poor guy endured. His colleagues stopped talking to him and didn’t even greet him in the morning. This situation reminds me of school bullying in Japan.

My father’s colleague started to realize that it wasn’t worth hurting his mental health because it was like an endless nightmare. Sitting by the window..he was called “Madogiwa Zoku” (window tribe) and nobody talked to him at work. He accepted the forced retirement and it is good that he was able to get something out of it but some window zombies don’t have any other option but to stay..keep on staying and just staring out the window.. LOL or go crazy..finally some filed for disability or negotiate with the company to obtain some settlement. But Japanese people hate confrontation generally, so it is very stressful for window zombies regardless.

Other colleagues are also afraid of being on the company’s hit list and to show loyalty to the company, they cooperate with the management in an attempt to make this person feel as uncomfortable as possible..

What do you guys think?