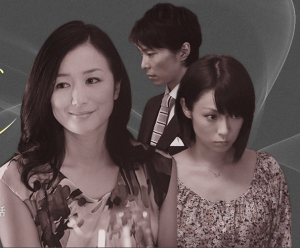 There are many articles, which talk about sexless #Japanese couples. Based on Western standards, these couples are heading toward divorce but #Japanese married couples tend to stay together for the sake of their children and also to maintain their reputation. Divorce is becoming more common in #Japan, but it is still frowned upon and as Japan is a shame based culture, shame is often used to control people’s behaviors in the country. Another interesting fact is that Japanese men often see their wives with children differently. They are no longer as attractive sexually as they used to be before having a child. I am not sure if this is the case for married couples on other societies. I do suspect that it does get boring and married couples do need to overcome this in many societies.

Some of my #Japanese guy friends mentioned that they started to see their wives differently especially after having their first child. They are less attracted to their wives sexually. It is reported that Japanese married couples are more likely to have extramarital affairs than those in western societies and part of it is their religion. Japanese people don’t really practice religions even though they do practice buddhism as part of their culture. They don’t have the same level of guilt as westerners feel for having an affair.

This really explains why the website promoting extramarital affairs became so popular in #Japan recently. This online dating service is specifically for those who are looking to have extramarital affairs. They feel oppressed and stuck in their sexless marriage because of the social stigma on divorce and the Japanese sex industry is very big and Japanese people have more relaxed attitudes toward sex. It is reported that it might be because so many married men are sexually deprived and frustrated in their marriages.

It is true that middle-aged married men in #Japan often seek some type of sexual relations or at least vent that frustration by going to a hostess club and try to find a young hostess or going to prostitutions. So what do you think about Japanese people having extramarital affairs? Is it really culturally acceptable in Japanese society?