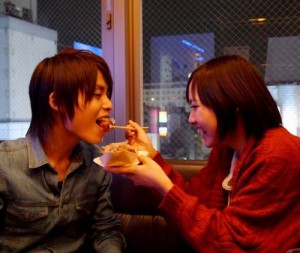 Have you ever heard of Japanese Rent-a-Girlfriend Service?

I thought it was the type of service for men who want to just be intimate with women..

Service for sex! Who wouldn’t think that about rental girlfriend service?!

But apparently I was wrong. The rental girlfriend service is not like that and it is actually a legit business that promotes men and women who are seeking for more dating experiences, most importantly, they want to become more confident with themselves, so they can ask someone out and have a relationship.

But the service has a number of restrictions that actually surprised me.

Clients aren’t allowed to date their rental girlfriends at home, or go to the beach, swimming pool because they will be taking off clothes, wearing a swimming wear and they don’t want the liability.

My friend’s friend is in his mid 20s. He has been “Hikikomori”..not sure if you have ever heard of young Japanese men who are shy and very withdrawn from the society. Many of these men struggle with social anxieties and in extreme cases, they refuse to leave their bedrooms.

My friend’s friend isn’t that bad but he is shy and has never had a girlfriend. So after watching this TV program, he decided to try the Japanese rent-a-girl service.

He agreed to meet up with a girl who is in college at Starbucks. He says she looked very cute, just an ordinary Japanese college girl. She was very personable, friendly, kind and she suggested places to go as he was too nervous. She even held his hands.

He awkwardly talked to the rental girl while walking in the park. Then the rental girl suggested that they go to the zoo nearby. He was starting to feel comfortable enough to hold her hand and started to talk more about his life, past and why he can’t find a girlfriend.

So this is another thing that surprised me.

The rental girl service he used charged him $50 an hour and he wanted to date this rental girlfriend for 3 hours so he did pay $150. It gets pretty expensive as he had to pay for transportation,which costs $30, and any other incurred expenses during their date.

After all, she is a professional girlfriend and her job is to offer a service to help her client feel good about himself enough

But these services aren’t cheap..so people who use the rent -a girlfriend or -a boyfriend services have very few dating experiences? Not necessarily. One data shows that 30-40% of women who use rent-a-boyfriend service are actually married. But they still want to enjoy their lives, knowing they can’t never have these rental boyfriends.

So how does the rental girlfriend/boyfriend service select these people?

Of course, the company wants attractive young men and women. But good looks aren’t everything. These service providers (boyfriend and girlfriend) have to get training to deal with these customers even in awkward situations.

Also, the company train the rental boyfriend/girlfriend to get to know their client as much as they can via emails so they can customize their client’s dating plan.

But of course, there are things they can do during the date. (holding hand, spending time together..)

But what this guy told me just confused me. “I am glad that I used the service. But it wasn’t cheap as I ended up paying around $200 and the girlfriend asked me to pay her at the end of our “date”.

That must be awkward..that must bring most customers back to the reality. These rental girlfriend and boyfriend are just like sales representatives.

But he is happy that he went anyways and he actually like someone in school. He is really hoping to talk to her after class and try to have more opportunities to talk to her. Who knows what will happen? I just want him to be happy.