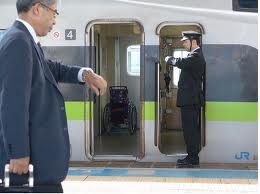 Punctuality is extremely important in Japanese society. When you are meeting up with your Japanese friend for lunch, she would most likely show up five to ten minutes before the arranged time. I have always struggled with being on time. I know..I am Japanese and should be ashamed of my poor time management skills! But it has been improved significantly after going to school and working in America for so many years. ^_^ I had to!

I still remember the nerve wrecking time management training my elementary and middle schools made all the students participate…I was just a kid but knew that I had to be on time..because otherwise my teammate would have been punished! Ok..when I am late, it is my fault. So teachers could have just singled me out and scolded at me but instead my team had to do some type of community services or do something else as part of the negative reinforcement.  It is true that Japanese schools encourage students to do the right thing through various “group” activities and it’s how they enforce “collectivism.”

People in America are also fairly punctual. I was actually surprised in the beginning because I had always thought that American people were more relaxed about time and they would show up 15 minutes late..like me!  (sorry..this was just my ignorance. nothing personal) (^-^;)

Of course..time is money in America, especially in fast paced cities in California. Some people take punctuality very seriously and it can cost you a job, business deals, and many people in America find it rude when people don’t show up on time without texting or calling.

Anyways, am I still that way? No no..I am much better now. I use my daily planner to organize my schedule and messy thought process (LOL) I even use the extra 30 minutes to make sure that I won’t make the other person wait..my friend in Japan used to tell me to come 15 minutes early because she was frustrated with me repeatedly arriving 15 minutes past the arranged time.

Especially I learned the importance of time management and also learned the consequences of not being on time..while attending college and working in America. lol I have a few “American” friends who are constantly late. I have this friend whom I used to work with. Not to sound racist but she is Mexican American..oh man, she is ALWAYS 30-45 minutes late! We were supposed to meet up at 12:15pm for lunch and she won’t show up till 12:45 and sometimes lunch is over.. She used to tell me it was her work schedule but now I think she is more relaxed about time. Another cultural stuff and I am not racist and I love Mexican culture and people but coincidentally two Mexican students from Mexico were crossing the boarder to meet with me in Starbucks so we can do our weekly Japanese language lesson. They were late almost for 30 minutes each time and of course I had to end the service because I wasn’t able to offer flexible schedule because of my work. Maybe not all Mexican people are relaxed about time but definitely.. Japanese and American people are conscious of time and know the importance of punctuality.

Japanese people try to be punctual because it is a “common sense” for them and also they are used to this concept because of their training in school. (it was like bootcamp!) But for American, they can be more frustrated with people can’t respect punctuality and it’s considered rude in American culture. Most importantly, they tend to think “it’s a waste of time to wait for another person. I could have done something more productive!” Time is mony..toki wa kane nari!