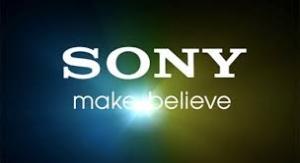 Yes this is very sad because I do see lots of Samsung TVs everywhere in major electronic stores in US. My American friends have Samsung TVs and if not apple, they have Samsung Glaxy and most of them don’t even know that Samsung is a Korean company. Japanese people are loyal to their “made-in-Japan” products but with the tax hikes, people go for cheaper alternatives that are “good enough”. It is true that Sony used to be this legendary company and it was classified as the top brand..it couldn’t go wrong with Sony but now, people don’t seem to care for Sony as much as they used to..and it surely shook the system when Apple started selling innovative smartphones..they just couldn’t foresee. I hope that Sony will make a coma back in the nearest future so they don’t have to cut down the positions..

The tagline said it all. Sony was once synonymous with innovation, aspiration and reliability. It was the brand you wanted to buy in consumer technology from TVs to video cameras to Walkmans. If you were shopping in the electronics section, you wanted Sony.

But times have moved on, and Sony has just flagged a 2.38 billion ($US2.14 billion) loss for the year, another disappointing year in a string of disappointing years. Significantly, Sony said it won’t be paying a dividend to investors for the first time in the five decades it’s been listed on the Tokyo exchange.

So what’s gone wrong for the one-dominant Japanese global powerhouse that pushed the technological boundaries in TVs, personal music and gaming?

One of the company’s major missteps was being slow to the digital game. According to an analysis by Hiroko Tabuchi in The New York Ties, Sony had the foundations and ability to create the iPod long before Apple introduced its game-changing device in 2001. But it didn’t.

And when it did finally create something similar, the company made music players that weren’t compatible with the increasing popular MP3 format.

The BBC once wrote that while Sony excelled in the past, those former glories were driven by mechanical devices which didn’t contain any software, unlike the technologies of today.

Sony was also slow to flat screen TVs despite having pioneered so many innovations in the television space in the past. Sony’s TV division has been an albatross around its neck, which has troubled the company with its razor-thin margins year after year. Analysts have wondered time and gain if Sony will sell-off the division, especially after the company spun-off the TV business into a separate unit.

A strong Japanese yen has also hampered the company’s efforts as it’s made exports difficult for Sony. Added to that is cut-price competition from elsewhere in Asia with mid-range brands who can manufacture products for much cheaper. Sony has always charged a premium for its products but as brand becomes less shiny over time, it’s had a hard time convincing consumers the top dollar was worth the expense.

Sony’s mobile division has struggled since phones have become more sophisticated. In the pre-smartphone days, it couldn’t compete with the then-might of Motorola and Nokia and then Apple blew everyone out of the water with its smartphone until Samsung got its act together.

Sony blamed the most losses on a writedown of its mobile division and conceded that it won’t be a dominant player in the smartphone space. the company’s chief executive said it will cut staff by 15 per cent, or about 1000 jobs, so it could focus on top-end models such its flagship peria model. It’s an awkward concession from Chief executive Kazuo Hirai who had earlier pointed to the mobile arm as the key thrust to the company’s turnaround strategy.

Hirai-who has pointed to Sony’s PlayStation games console and a strong music and movies division as bright spots-on Wednesday acknowledged the unexpected weakness in smartphone sales.

“Other firms are also offering new products with innovative technology-this business experiences dramatic changes in products and services,” he told reporters in Tokyo.

“The environment is changing and becoming more severe.” Hirai, who took over in 2012, said Sony would continue to focus on the more profitable areas of its vast business, which ranges from televisions and portable music to movies and insurance.

Hirokazu Kabeya, senior strategist at Daiwa Securities in Tokyo, said Sony cannot afford to get into a price war with lower-cost rivals, including Chinese smartphone makers, or beat Samsung and Apple in global market share.

“(Sony) would be wise to shift its resources to where it is strong-such as movie and music,” he said.

In the wake of Thursday’s share price drop, investors may see Hirai’s ongoing efforts to slim down the company as a positive despite the loss forcast, kabeya said.

“But it’s unlikely we’ll see a rapid turnaround and Sony will likely struggle for a while,” he added/

Sony’s stocked dropped as much as 12 per cent after a frenzied session in response to the shock announcement late Wednesday.