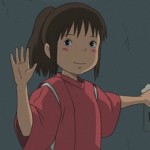 Hayao Miyazaki is a world renowned animation film director from Japan. His famous works include “Spirted Away” and “Princess Mononoke”. “Spirited Away” earned him an Oscar and it is a huge honor for Japanese people. His final movie was premiered at the Venice film festival. It is his 11th final movie. His retirement was announced by Koju Hoshino, president of Studio Ghibli. Miyazaki founded Studio Ghibli with Isao Takahata in 1985. Miyazaki’s Princess Momonoke was the highest grossing domestic film in Japanese history at the time of its release. (About USD $150 million)!!

I hope that he will change his mind and continue to create his film.