Rola is a super popular Japanese fashion model and TV personality. I learned about her from my dad..apparently my dad likes her. 🙂

Rola is very “kawaii” (cute), which is common for fashion models in Japan. But Rola is a new type of Ha-Fu (mixed race) model with exotic appearance.

What makes her so exotic?

There are many Ha-Fu Eurasian fashion models in Japan that are admired for their large eyes and lighter skin complexion. Rola has beautifully rounded eyes but her skin tone is darker than any other Ha-Fu models.

Rola has an exotic look because she is of Bengali, Japanese and Russian descent. 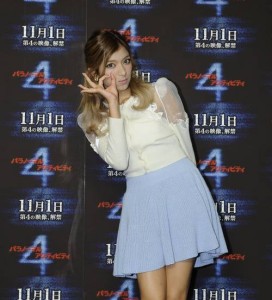 No wonder Rola is gorgeous. Her presence in Japanese media is creating a new kind of beauty in Japan and I think it is a really good thing.

Just like other Asian societies, Japanese media also has a tendency to admire people with White heritage. So Rola’s popularity will create a path for Japanese society to develop more attitudes of tolerance and respect for diversity.

Namie Amuro is another Ha-Fu super star with Italian heritage. But she isn’t really known for her mixed race so I think Rola is the first one whose presence has a huge impact on Japanese society.

Rola has a distinct high-pitched voice, and uses very different hand gestures and giggle like a little girl. So Rola has become the most popular Ha-Fu fashion model appearing in Japanese variety shows.

I often wonder if it is her true personality or the “characteristics” (It’s called “Kyara” in Japanese) for TV shows. Japanese people like people with distinct lovable “Kyara”. 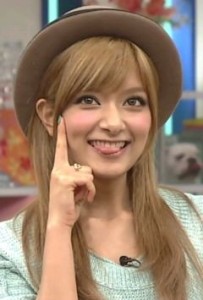 We will never know but I love Rola and we are all crazy about her beautiful body, healthy skin complexion and cuteness. Do you agree?