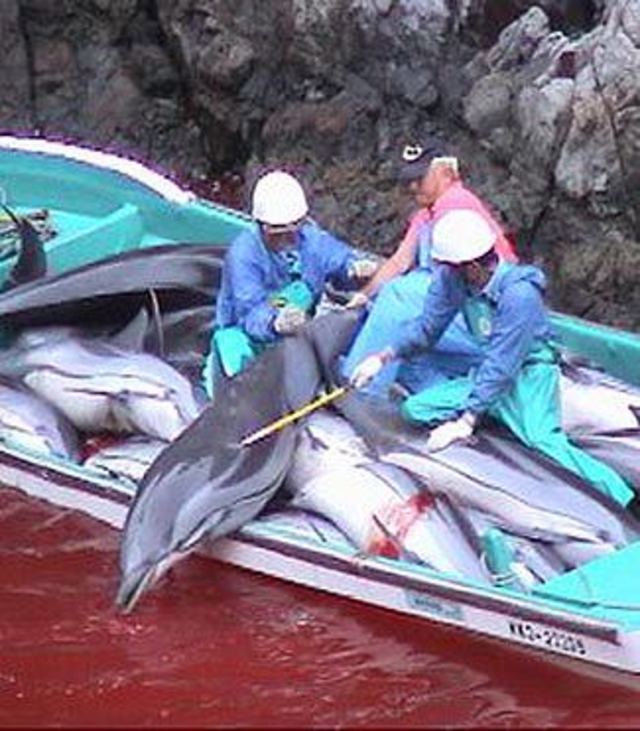 I was so happy when I saw the news article on dolphin drive hunting in Taiji. Japanese aquariums will stop getting dolphins in Taiji’s infamous Cove. I was shocked when I first saw the Cove Movie that uncover the brutal slaughter of dolphins in Japan.

Why was I shocked? Because that was the first time I learned about dolphin hunting. It didn’t make sense because I grew up in Japan, but had no idea this brutal killing of dolphins was legal. Most of us don’t even know about Taiji Cove.

After getting enormous criticisms from the international community, aquariums in Japan have voted to stop getting dolphins captured in Taiji Cove. What did it take for many Japanese aquariums to come up with this decision?

Well, these aquariums belong to the Japanese Association of Zoos and Aquariums (Jaza) and JAZA is a member of the World Association of Zoos and Aquariums (Waza). Finally, Waza suspended Jaza and told them they will be removed from the member unless they decide to stop allowing Japanese aquariums to get live dolphins from Taiji.

Swiss-based Waza suspended Japanese members on April 22. They continued to get Taiji dolphins despite countless requests, and almost all of them were bottlenoses dolphins.

Australia for Dolphins group filed a lawsuit against Waza for failing to take action against Japanese aquariums. The group says this is the beginning of the end of dolphin hunting. Jaza aquariums were getting 40% of live dolphins from Taiji. After this, this will have a huge impact on Taiji hunting so the demand for Taiji dophins could be cut significantly.

But unfortunately some aquariums decided to leave Jaza in order to continue obtaining dolphins from Taiji. Jaza officials released a statement that they will focus more on domestic breeding. Dolphins are the main attractions at Japan’s many aquariums and sea parks.

I was so excited to hear this news..I was crushed when I first learned about this dolphin hunting. Because they use the Japanese food culture as an excuse to continue this brutal practice. And we do not eat dolphin meat! Japanese people love dolphins and that is why there is a high demand for live dolphins.

This hunting is not about preserving the Japanese food culture. It is about selling beautiful dolphins to other aquariums because of huge profits. It is very sad that they would use culture as an excuse to continue this brutal and unethical act!