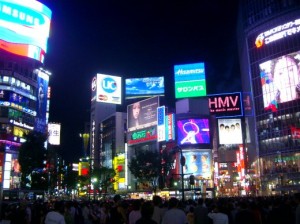 Japan is a fascinating country of economic might, rich culture and technical wizardry. Japan was the world’s second largest economy for more than 40 years from 1968 to 2010. Tokyo is the world’s largest metropolitan area, with a population of 32.5 million people. Despite having an area close to the size of California, Japan is the world’s tenth largest country by population, with 127.3 million people.

Japan is the world’s third largest economy, having ceded the second spot to China in 2010. Since the collapse of the property bubble, Japan has endured a long period of economic stagnation, deflation and relatively high unemployment, compared with the country’s historically low level. Among other issues, Japan’s economy continues to be hampered by weak domestic demand and a rigid labor market.

Despite Japan’s challenging domestic economic environment, many Japanese companies have continued to perform well on the world stage. Toyota became the world’s largest car company in 2009, before losing a bit of ground to unprecedented product recalls. Nintendo’s innovative Wii marketed a virtual revolution in the large, global market for gaming and family entertainment products.

Japanese companies have continued to push the technology envelope in fields such as robotics, medical devices, clean energy, satellite communications and spacecraft, water processing and other high-tech industries.

Traditional Japanese society and culture stress the values of harmony, consensus decision-making and social conformity. “The nail that sticks out gets hammered down” is a common Japanese saying and guideline of social behavior.

Japan’s population has been aging and shrinking at an alarming rate due to the combination of a disproportionately large elderly population, one of the lowest fertility rates of any developed, OECD country and minimal net immigration. Japan’s fertility rate of roughly 1.2 children born for every Japanese woman is well below the replacement level of 2.1 children per woman that is needed to maintain the existing population level. By 2050, the population of Japan has been forecast to contract by more than 25 percent to about 95 million people.

Japan has deliberately elected to take a largely passive stance toward involvement in international conflicts and disputes for most of its post-WWI history. Article 9 of The Constitution of Japan, adopted on November 3, 1946, renounces going to war or “the use of force as means of settling international disputes.” In lieu of a conventional military, Japan established the Japan Self-Defense Forces (also known the SDF, JSDF or Jietai) as an extension of the Japanese police force and a strictly defensive mechanism to provide for the country’s national security and assist with national emergencies.

Japan first deployed the SDF abroad in 1991 when it dispatched minesweepers to the Persian Gulf after fighting ceased in the 1991 Gulf War. Since Japan enacted the International Peace Cooperation Law in 1992, the Japanese government has deployed the SDF on certain overseas missions to support the U.N.’s international peacekeeping operations.

Japan largely relies on the U.S. for protection against external threats. Under the 1960 Treaty of Mutual Cooperation and Security between Japan and the U.S., the U.S. has agreed to defend Japan if the country or any of its territories come under attack. Roughly 40,000 U.S. military personnel and civilians in defense roles are stationed or employed on U.S. military bases located across Japan.

The majority of U.S. military personnel in Japan are stationed on the main island of Okinawa Prefecture in Japan’s Ryuku Islands, where U.S. military bases occupy about 18 percent of the territory. Japan pays roughly $2 billion as annual host-nation support to cover the costs and defense services of the U.S. military presence in Japan.