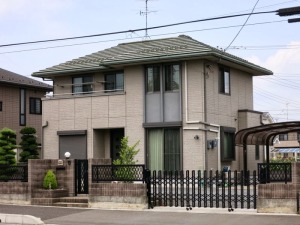 In early 1990s Japan, you could meet hundreds of middle class Japanese without meeting anyone rich or poor. Roger Pulvers states that this sense of being middle class came with the economic boom of the 1970s and 80s. From Okinawa to Hokkaido, people all across Japan understand each other using what they called ishindenshin, a Japanese phrase meaning they could understand each other without taking. Then the boom was followed by a bust: the recession of the 1990s. The recession has continued since then, with only a few breaks. The myth of the middle class has faded; poverty has grown.

Japanese today no longer all say they belong to the middle class. While Japanese may not have been all middle class, the chasm between the rich and poor was nowhere near as wide as it is today. The Japanese underclass is growing as the recession continues and single mother families increase.

One out of every three workers in japan now has an irregular job. While some of these workers do not want permanent jobs, many of them do. Facing their own problems due to the recession, many business have let go many irregular workers. Many people in their 20s and 30s cannot find permanent work.

Many children from low-income families especially single mother families have been deprived of the opportunity for higher education. When government aid for single parents was terminated in April 2009, the situation grew even worse. In Tokyo, the aid was approximately 23,000 yen per month. Many single parents are now unable to send their children to high school.