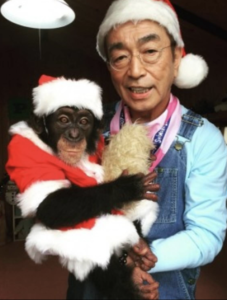 Anybody who grow up in Japan, especially older generations would know who Ken Shimura is. He was a household name in Japan. I literally grew up with his comedy shows every week.

When I first saw the news about him being hospitalized for coronavirus, I thought it was either a joke or the management is taking the precautionary measure by putting him in the hospital. But neither were far from the truth. Apparently, he was taking good care of his health especially after being hospitalized for pneumonia several years back, it was said that Mr. Shimura had stopped smoking tobacco, of which he used to love to do, but he couldn’t give up alcohol.

It sounded like he became very ill but stayed at home for about a week before going to the hospital. Reporter said that he felt so exhausted and pained as if he was hit by a truck. He had stayed at the hospital for about a week, and knowing how famous he is, I am sure that his doctor did everything he could to keep him alive but the news article says that he couldn’t be revived after plugging him to an artificial lung called Extracorporeal Membrane Oxygenation (ECMO).

His news was reported as breaking news and famous comedians in Japan couldn’t hide their emotions and even one young comedian who has been on the same show with Mr. Shimura broke down in tears during the news.