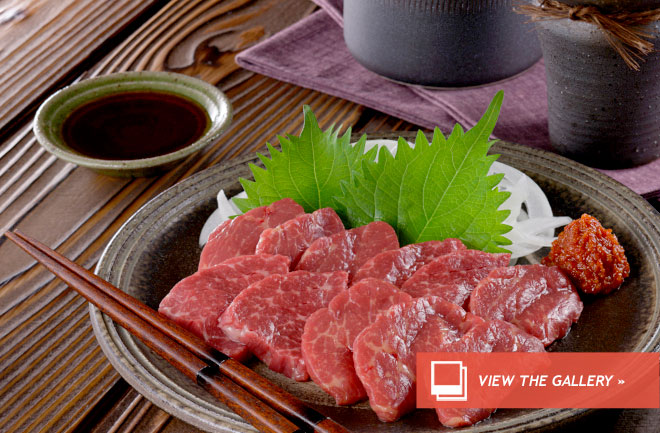 Raw horsemeat the secret to Nagano’s No. 1 longevity?

Last month, the most recent demographic statistics (for 2010), were released by the government. For both males and females, the longest-lived people in Japan hailed from Nagano Prefecture. For males, Nagano (with average life expectancy of 80.88 years) was followed by Shiga (80.58 years), Fukui (80.47), Kumamoto (80.29) and Kanagawa (80.25). For females, Nagano was followed by Shimane, Okinawa, Kumamoto and Niigata. (read more on japantoday.com)

Apparently people in Nagano eat horse meat and they both raw and cooked horse meat, and Nagano people are known for the longevity. I feel like Japanese people are barbarians..for eating whale meat, dolphin meat and recently I wrote an article about the grossest food (sea cucumber) which is basically the slimy creature in the ocean. I think I’ve had “Basashi” in the past but it was long time ago, and didn’t really understand what it was. It’s basically the horse sashimi..ewww. gross. I will never eat Basashi (horse meat)..especially the raw one. Why would anybody eat raw horse meat..gross! At least cook the meat!! You don’t need to everything as Sashimi, Japanese people and people who love Japanese food!! If you enjoy trying exotic food, you might want to try it but I don’t know..I love horse and just like dolphin, I think it is wrong to eat horse. 🙁 I don’t even do horse back riding because of the feeling of guilt. Horse is not typically treated as food in western world, and not necessarily in Japan..well, horse meat is definitely exotic rare food in Japan.